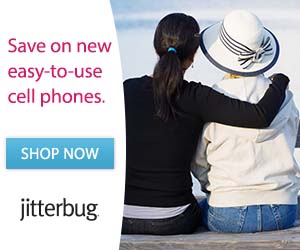 Buying a cell phone for an older person involves special considerations. For example, many younger people buying a phone for themselves might be looking for MORE features, and they’re willing to put up with some complexity in order to have a phone that can do more. But when buying a senior cell phone, you’re usually looking for fewer features and a lot less complexity.

Before you even start looking at individual models, I suggest taking the time to get really clear about what you’re trying to accomplish. If you know your needs, then you won’t get seduced into buying something that looks great but doesn’t meet your needs.

What are your needs?

The first question here is whether you’re looking for a senior cell phone that you will actually use as a phone, or just something for emergencies. There are phones on the market that only make emergency calls. Some make emergency calls plus give you access to a small pre-programmed phone book. Others are basically simplified “regular” cell phones. And of course there are the mainstream smartphones like the Apple iPhone, which can certainly be used by seniors.

Asking that first question will help narrow your field. Remember, of course, that an older person may think they want a phone only for emergencies and then grow to like the other features. For example, an older person who still lives an active life and goes out for coffee with friends a few times a week may start appreciating the ability to get in touch with friends when they are out of the house (just as we all do).

You’ll also want to think about how much time the person will spend on the phone, and what kind of commitment you are locked into (either by a contract or by the amount of money you have spent on the phone).

What are your limitations?

You also want to think about your limitations. These will have a big effect on which senior cell phone is best for you.

Some factors to think about:

What kind of emergency alert service do you need?

There are three basic flavors of emergency alert service.

What phone is right for you?

My dad, who is definitely a senior, is going to hang on to his iPhone for many years to come. He uses it for texts and emails, and it’s almost his primary phone. My mom doesn’t bother to carry her phone. I don’t even have the number programmed into mine, because there’s no point trying to call her on it. She’s a better candidate for a simple cell phone that has some kind of emergency alert on it. My friend Ralph in Seattle has never owned at cell phone (he’s in his mid-90s). For him, something like the Jitterbug (aff) that actually has a dial tone and acts much like a regular phone, would probably be more comfortable.